William was born with spina bifida, a congenital condition that occurs when the spine and spinal cord don’t form properly, and mild cerebral palsy, a movement disorder that affects muscle strength and coordination. Shortly after birth, William had surgery to enclose his spine and nerves, and has had several additional surgeries throughout his life on different parts of his body.

William has had a lot of hospital stays throughout the years and has had a lot to deal with in his young life. But despite the struggles William has faced because of his health conditions, his largest challenge has been grieving the loss of his big sister, Tabitha.

“Tabitha fell in love with William as soon as he was born,” said William’s mom, Angeline. “Only two years older than him, Tabitha loved to hold him, care for him, play with him, and make him laugh. She included him in everything she did. As we added more siblings to the family, they all loved to include him, but the relationship between William and Tabitha was extra strong.”

At school, Tabitha rode the special needs bus with William, walked him to and from class, helped him get on the swings and would keep him involved in her imaginary games and playtime with friends. His teachers and aids always told her that she didn’t need to help, but she insisted on being the one that took care of him. They had a very tight, loving bond.

In May 2016, Tabitha unexpectedly passed away. Her family – especially William – were completely devasted. That day, William lost his best friend.

“Our life has had a lot of ups and downs, but William is such a bright spot,” said Angeline. “He is so happy, and he loves life. We take things day by day, and we tackle the hard times together.”

William has a yearly appointment at Primary Children’s Spina Bifida Clinic, where specialists come in one by one to check on William, talk with him, and make recommendations and decisions. During his last visit, his care team decided that he will need to have another big operation to correct his legs. The surgery will help straighten William’s legs so that he can walk more smoothly and easily.

“All the nurses and doctors at Primary Children’s have been incredible and thoughtful. They always go above and beyond to be sure that William keeps his spirits up and has a fun time in the hospital,” said Angeline. “They’ve also done a great job of working with us as parents to help us understand and cope with some of the challenges associated with William’s conditions.” Today, William is 14 years old. He has a hoverboard with a custom seat attachment that make it easier for him to go on walks or bike rides with his family, who also love to camp, swim, bike, and play games. William has a Golden Retriever named Ziva, a cat named Cisco, and two tortoise’s named Loki and Hulk, and one day, he hopes to work with animals. 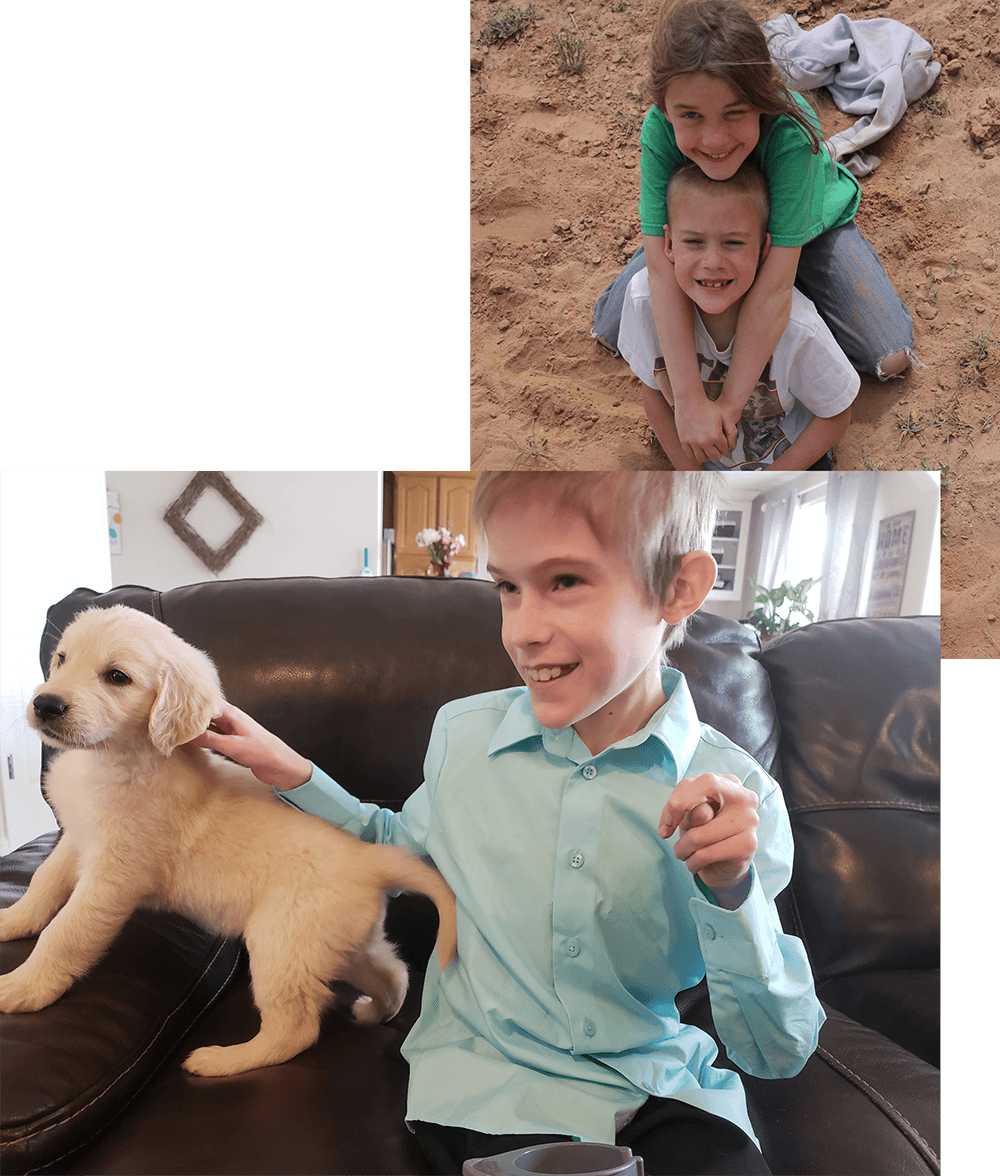