A few days after he was born, Quinton began having seizures, and an MRI soon revealed that a blood clot had caused a large stroke on the left side of his brain.

“At the time, we weren’t sure if Quinton would ever be able to talk, walk or even eaton his own,” said Quinton’s mom, Katie.

A few weeks later, Quinton began having horrible epileptic seizures – sometimes dozens a day. His care team at Primary Children’s Hospital helped get his seizures under control and found a medication combination that stopped them altogether. A few months later, Quinton was officially diagnosed with right hemiplegic cerebral palsy.

Today, Quinton is 2 years old, nearing his 3rd birthday in February, and hasn’t had aseizure in more than two years. “He has truly blown us away with his progress,” said Katie. “We get so excited about any milestone he hits, big or small. He is so bright and eager to learn and do new things. His motivation and determination is so strong, he is inspiring to us as his parents.”

Quinton loves to be outside, learn new things, visit with his family and play with his golden retriever. He also enjoys activities like puzzles, alphabet games, matching games and throwing balls.

“The doctors and therapists we see regularly at Primary Children’s Hospital have had a huge impact on Quinton’s life. He has a great team who love and care about him and his success,” said Katie. “Primary Children’s is so special to us because of the quality of care we know our son is getting. His care team is truly amazing.”

Stories like Quinton’s are possible because of donations from kind-hearted people like you. Make your donation today. 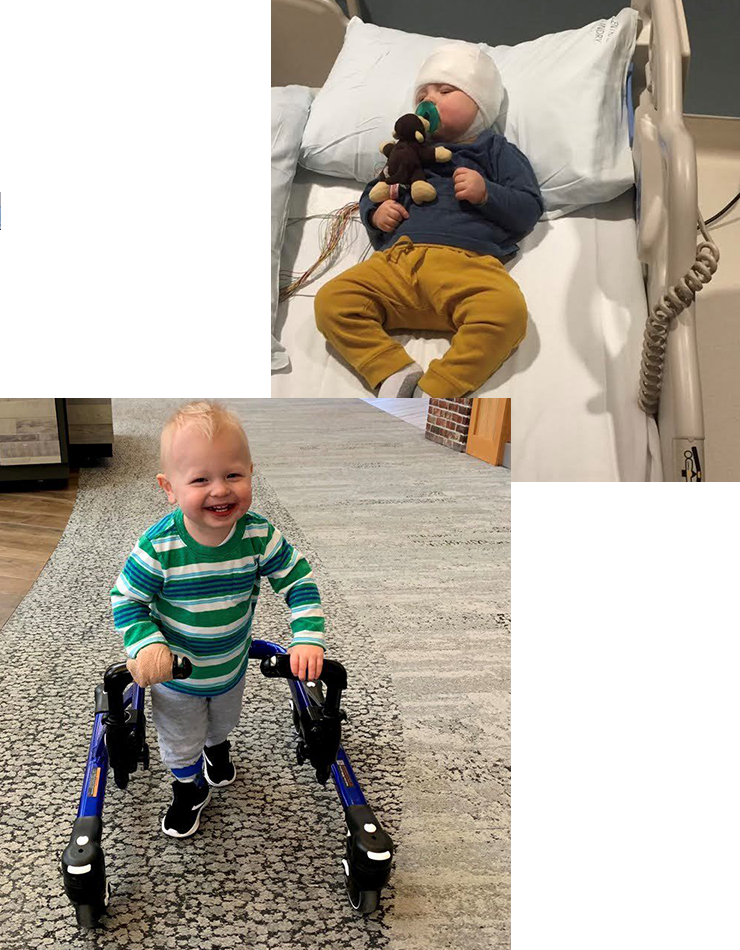