Gerold was diagnosed with dilated cardiomyopathy and severe heart failure when he was 21 months old. Gerold’s parents, Amanda and Joshua, knew something was wrong when Gerold – normally a very active child – sat and watched an entire movie without moving off the couch.

At a local ER in Las Vegas, a cardiologist told them Gerold would need a heart transplant. But unfortunately, there were no transplant centers in Nevada.

Gerold’s family relocated to Utah so he could be listed for a transplant. After about seven months, his heart failure progressed to the point that he needed to be placed on a left ventricular assist device (LVAD) and continue his wait for a transplant at Primary Children’s Hospital.

Even with severe heart failure, Gerold stayed positive and active. His hospital room at Primary Children’s Hospital was overflowing with a ball pit, a mini trampoline and countless toys. According to Gerold’s mom, Amanda, his care team never failed to continue coming up with fun new ways to keep him entertained, happy and safe.

Child life specialists at the hospital also threw Gerold a birthday party, helped him take part in a family Thanksgiving celebration and made sure Santa found him at Christmas.

Gerold spent seven months on the LVAD before finally receiving a heart transplant. Although Gerold’s body had to fight hard for another few weeks to keep his new heart, the transplant was ultimately a success.

Today, aside from taking medication twice a day, Gerold is a typical 4-year-old – just as playful and active as ever. He and his family are looking forward to celebrating his two year “heart-iversary” in March.

“Primary Children’s will always have a special place in our hearts as the place that literally gave our sweet Gerold a second chance at life,” said Amanda. “He would not be here today without the care he received there.”

Stories like Gerold’s are possible because of generous donations from people like you. Make your donation today. 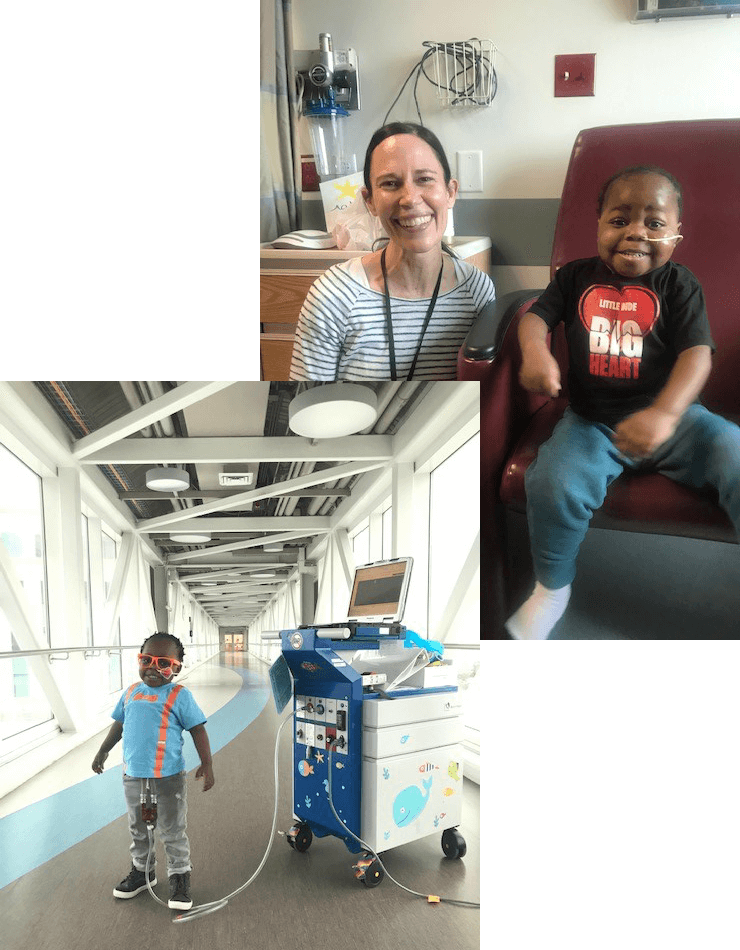