April was born with acrocephalosyndactyly, better known as Apert Syndrome, a raregenetic condition that causes skeletal abnormalities. For her brain to grow, April hadto have two surgeries to expand her skull – one at 6 months old and another at 2 years old. Unfortunately, an infection began to attack her skull bone, resulting in nearly 30 more surgeries and a wound VAC (vacuum-assisted closure) to flush out the infections and assist with wound healing. Ultimately, April’s doctors had to remove some pieces of her skull and replace them with synthetic skin/bone.

April and her family were at Primary Children’s Hospital for 87 days, including during the holiday season. Fortunately, according to April’s mom, Sabrina, the nurses and other members of the care team provided a bright spot during such a difficult and painful time. They made April smile and laugh, helped raise her spirits, and ultimately made a major difference in her recovery.

April formed a special bond with Kayla from the music therapy program, who would walk the hallways with her singing songs and making music, which April looked forward to every day.

Since then, April has been in and out of the hospital for a variety of challenges related to her condition, including seizures and a staph infection that resulted in emergency surgery. Again, during her stay, the nurses – and of course, Kayla – made all the difference in her recovery. Kayla even rounded up the doctors from theInfectious Disease team to sing a song with April.

“Primary Children’s is so special to us, because they always go out of their way to make us feel welcome and to make April feel comfortable when she is having a hardtime,” said Sabrina. “All the staff and doctors are amazing, and I can’t thank them enough for all they do.”

Today, April is back to her happy self – playing, running, swimming, riding horses, camping, and enjoying life to the fullest. Every time April visits Primary Children’s, she still asks to see Kayla, who she calls “her favorite friend at the hospital.” In fact,April named one of her puppies after someone very special to her – you guessed it: Kayla. 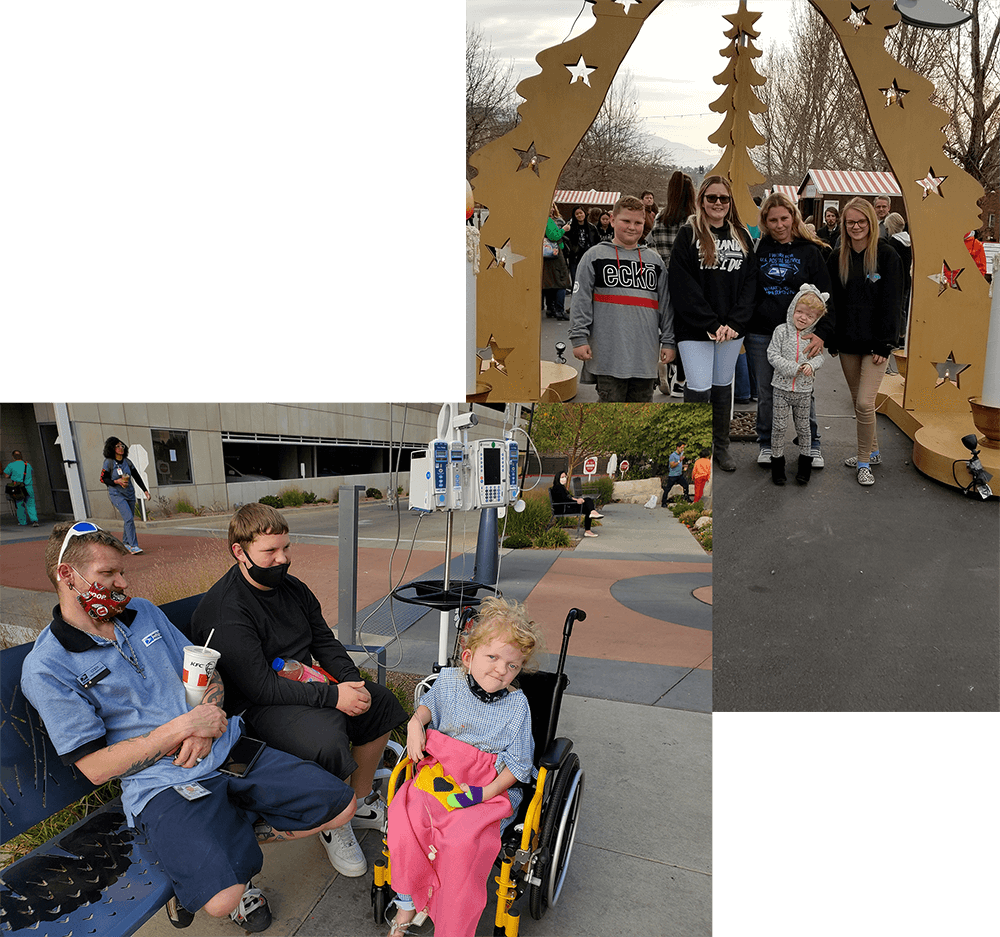